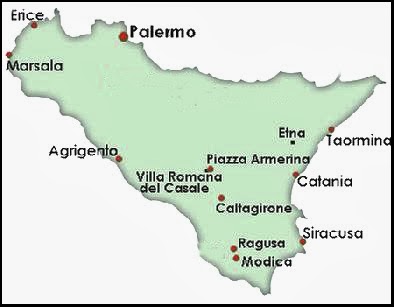 We spent 10 days touring Sicily over the holidays, devouring both sites and sweets along the way. Traveling from Genoa to Sicily is about the same distance as Portland to San Francisco, but Sicily is a world away in terms of culture, cuisine and its contact with other countries (most notably Greece and N. Africa). And as with all of our travel experiences as a family, while the adults marveled at the large-scale wonders, the girls were just as happy with the small surprises.

Southern Sicily (Noto, Ragusa, Scicli)
Our first stops helped to satisfy our need for nature, since Genoa’s charms are about urban living and not green space. For the girls, that meant triumphant first successes at skipping stones, as well as learning to drive like a Sicilian when we went for a pedal-cart outing.

We then met up with more family in Ragusa, for added fun over the Christmas week: such as enjoying still-warm, stuffed and layered Sicilian tomato bread (scacce), which thankfully fed the cravings of a scacce-starved Uncle D. 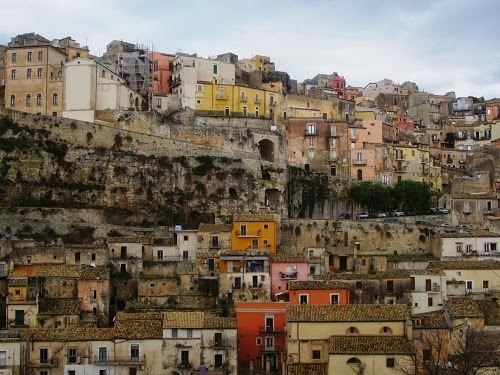 Eastern Sicily (Siracusa, Taormina)
Cicero is said to have proclaimed Siracusa “the greatest Greek city and the most beautiful of them all.” Today the modern city surrounds the Greek ruins (including massive stone quarries showing the marks of the final extracted blocks), and we found beauty in the place, people, and pastry! This included a 5th-generation bakery and sweet shop in the heart of the city, practicing the art of layering sheets of dough by hand, as well as making some of the best cannoli we tasted. (And we tasted a few too many!) The girls also enjoyed sculpted candy treats in the main piazza, which includes Siracusa's duomo - incorporating the enormous columns of the 5th century BC Greek Temple of Athena. 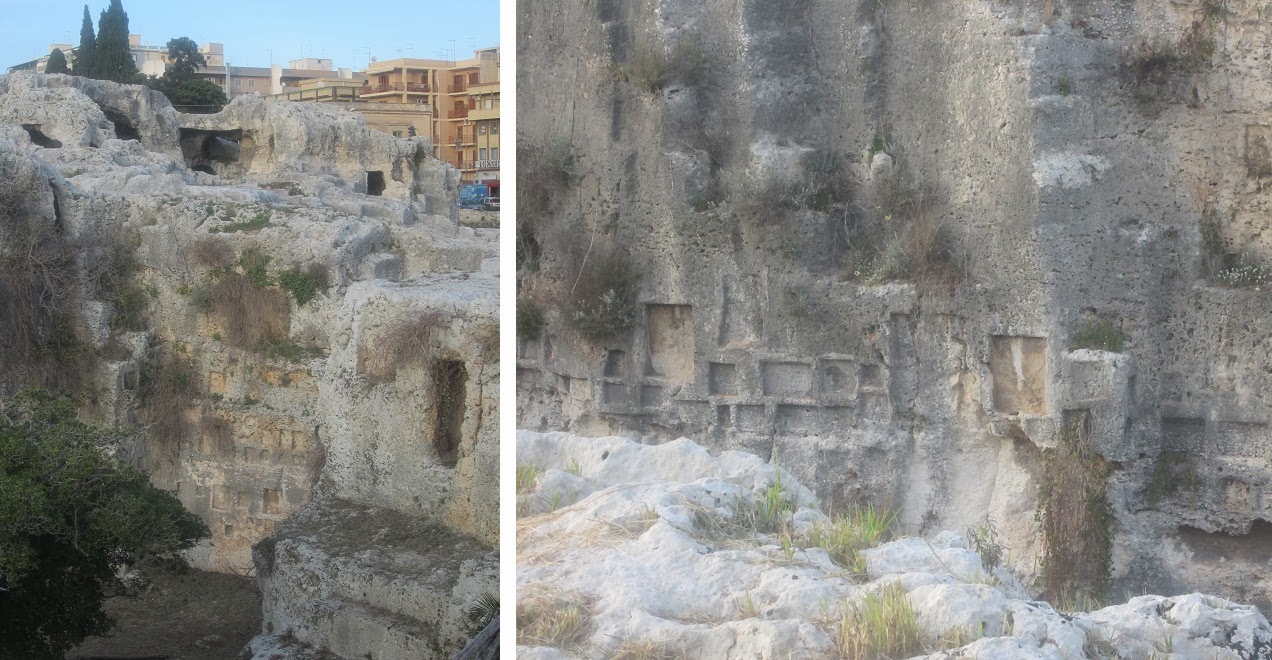 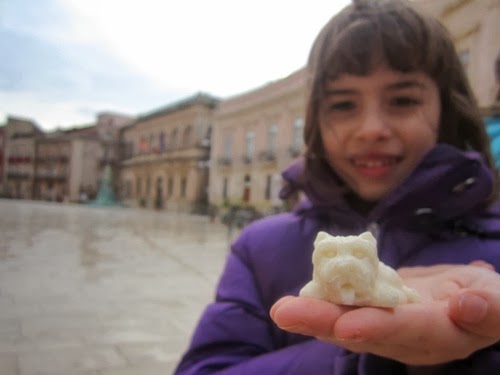 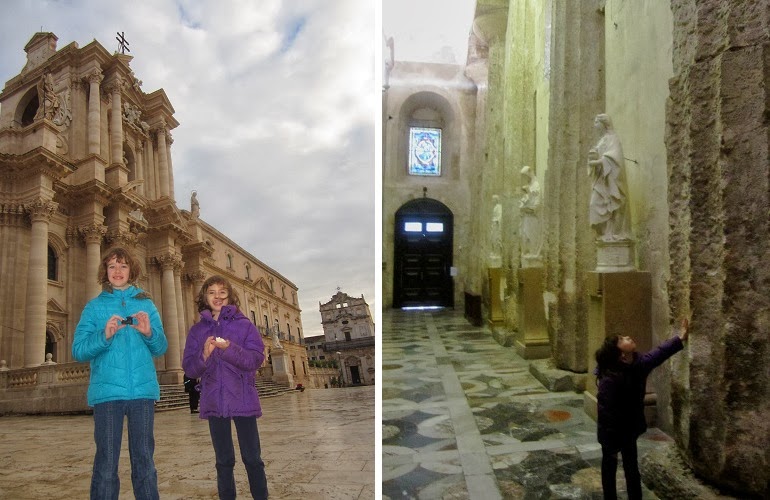 Taormina was then our home for Christmas, including a late-night viewing of a Christmas Eve tradition: the lighting of huge bonfires in the major church squares of the town. (This ritual dates back to Pagan times, when it was a marker of the winter solstice.)

We awoke on Christmas morning to smoldering Mount Etna on full display: a unique setting for Christmas celebrations! 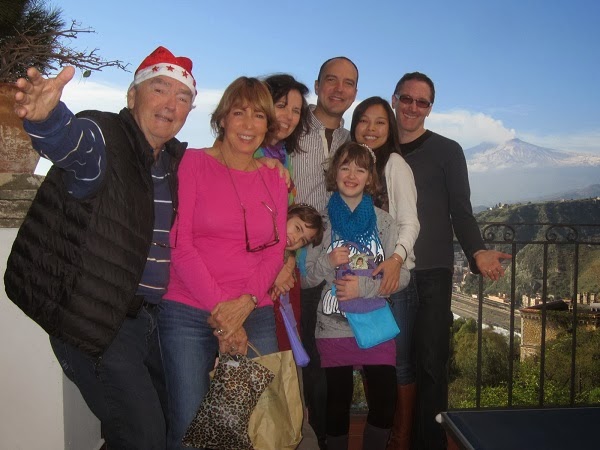 One last stop on our way out of Taormina turned into two last stops: what is reported to be some of the best granita in Sicily was so good that we immediately went back for another round to enjoy on the car ride! 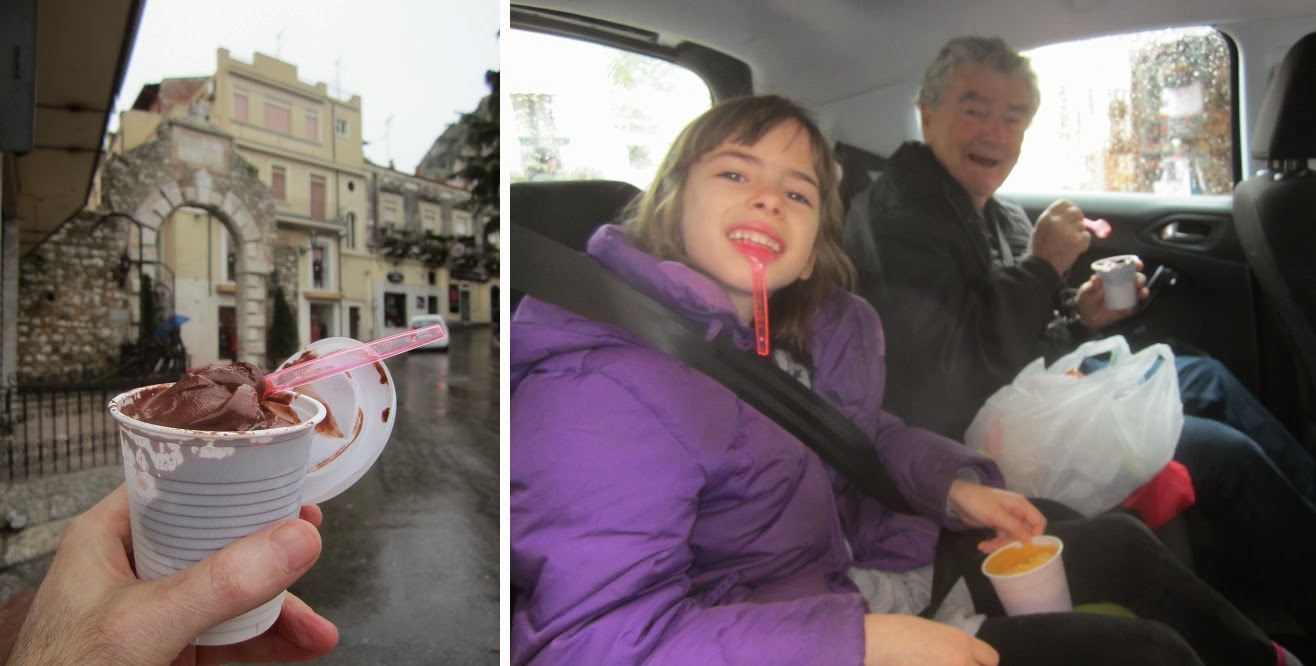 Central Sicily (Piazza Armerina)
We added an overnight to see the famous Villa Romana del Casale, built in the first quarter of the 4th century and buried in a landslide in the 12th century AD. This preserved the largest and most complex collection of Roman mosaics in the world, only excavated 60 years ago. 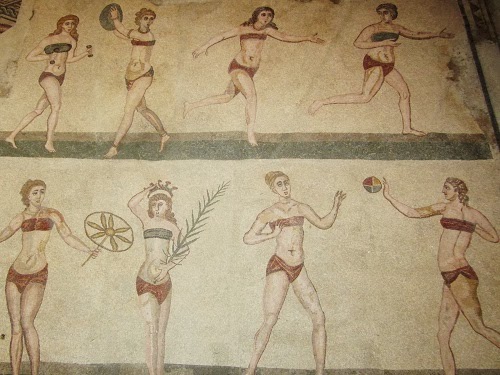 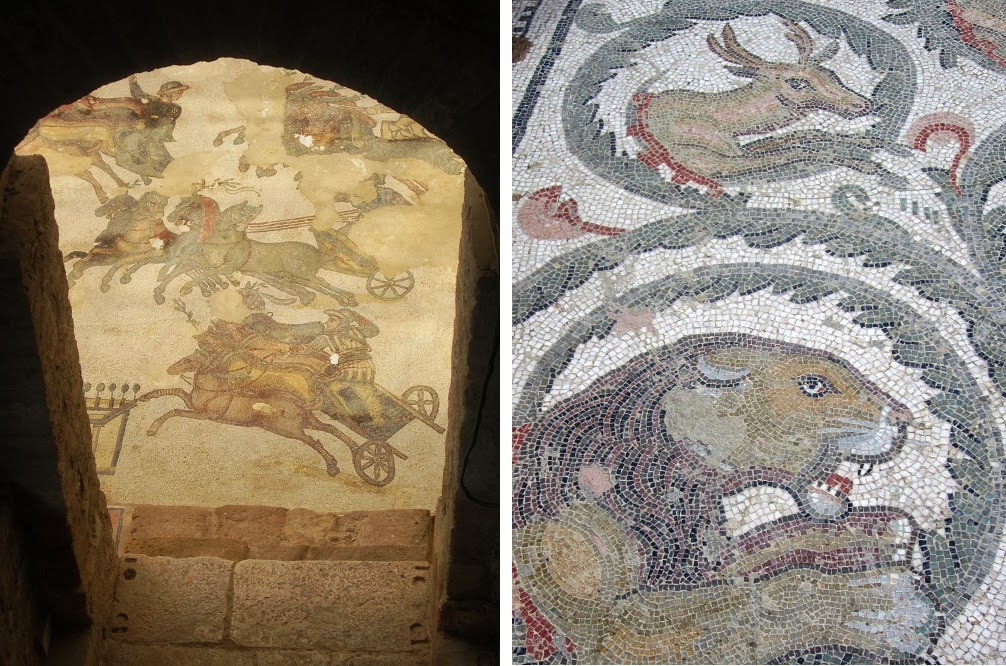 Although the mosaic images of animals impressed the girls, it was the live cats at our hotel that were the most captivating!

Northern Sicily (Palermo, Monreale)
Like so many cities in Italy, Palermo offered startling contrasts and juxtapositions. The Byzantine Palatine Chapel and “competing” Cathedral of Monreale (in the hills overlooking Palermo) are lavishly adorned with intricately detailed mosaics on every surface. It’s an overwhelming display of reverence and excess, and it’s especially striking to then walk through the surrounding streets and encounter the day-to-day world of most Sicilians. 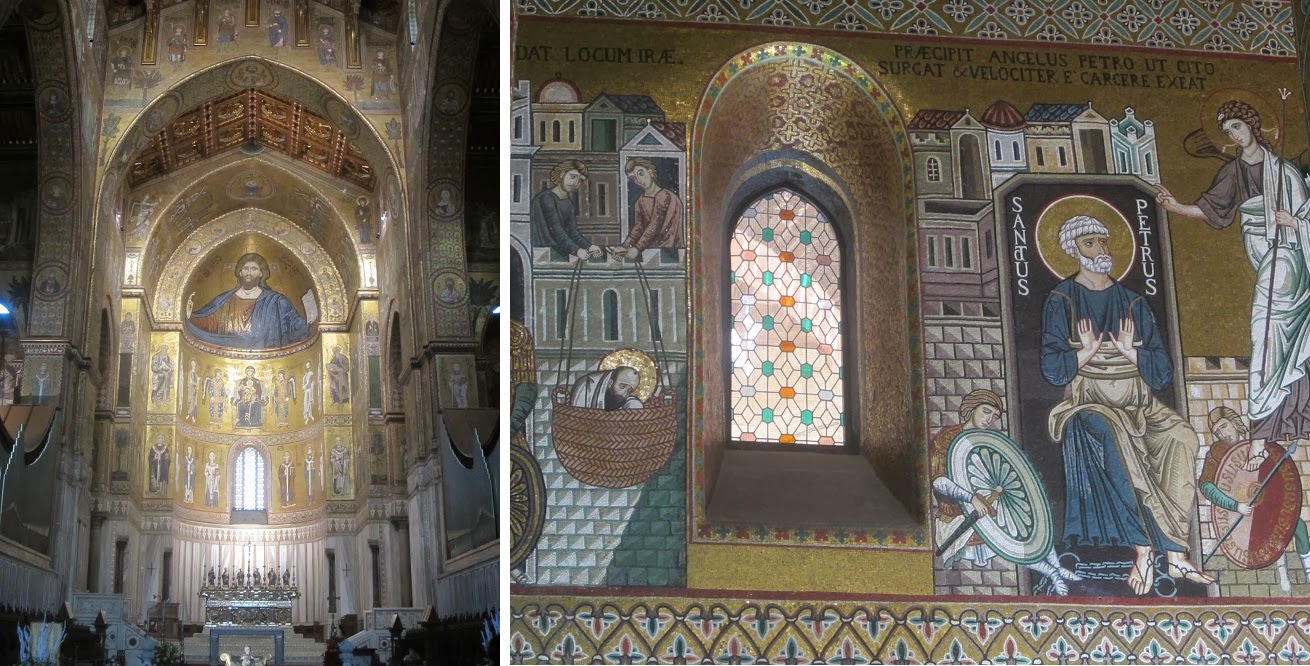 One of our most unique experiences was a tour of a warehouse that was used by pawnbrokers for over 200 years (up until the 1970s). Multiple levels and hundreds of rows of now-empty shelves fill the warehouse. The thousands of numbered spaces once held objects and items deposited as collateral for loans: often providing the funds for emigration to the US in the 19th and 20th centuries. It was as striking as the many tourist sites we'd visiting throughout Sicily, and served as a fitting end to our trip.

With new appreciation for all things Sicilian (including a kilo gained as proof!) we returned to Genoa to enjoy a spectacular start to the New Year with friends and family: both at midnight and in the first sunrise of 2014. 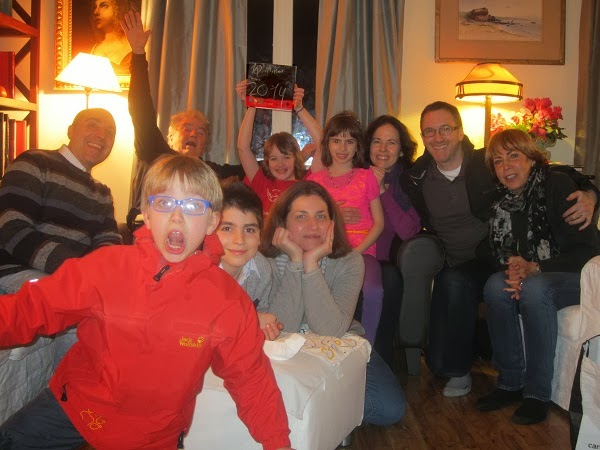