"Easter in Istanbul" was our alternate title, after a long weekend in this remarkable city. As we've mentioned before, a short plane ride from Portland would take you to many fantastic locations, but 2.5 hours by plane from Genoa often takes you to entirely different cultures. Istanbul is our standout example thus far. Thanks to the blog title, here's our journey, S-ummarized:

Sounds
We were woken up each morning at 5:30am by the melodious call to prayer emanating from loudspeakers on the minarets of the half-dozen nearby mosques. This is a ritual that happens 5 times a day, from predawn to late evening, and is one of the most stunning reminders that you have traveled to an unfamiliar part of the world.

Sightseeing
Istanbul's varied and long history provides many amazing sites to visit, from the commonly known (e.g. visiting the incredible mosques, some of which were originally built as churches) to the unexpected (e.g., the massive underground Basilica Cistern, constructed in the Roman era). We also found a link to Genoa, when taking in the views from Galata Tower - rebuilt by the Genoese in 1348. 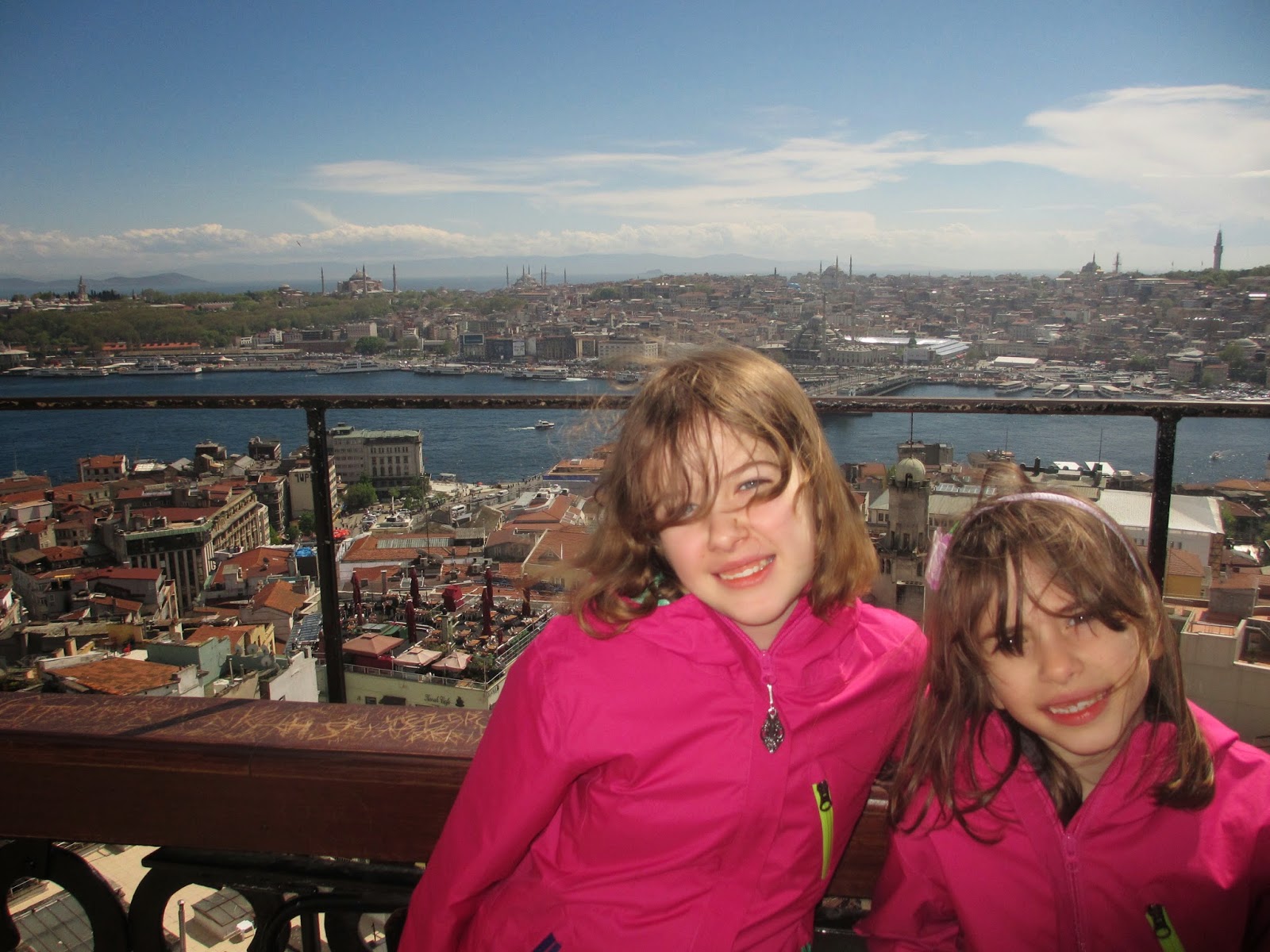 Shish
Kabobs of all forms, and all delicious. We wish we cold add "Scent" to our sharing of the experience!

Shopping
The original "mall", built in the 1400s - only in this case bargaining and haggling is both allowed and expected. 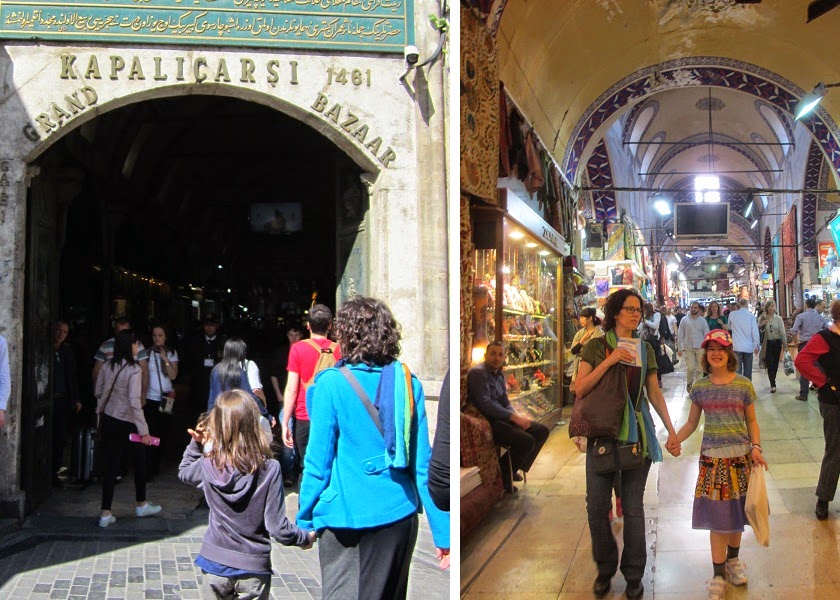 Sludge!
Turkish coffee is super-charged goodness, once you realize that the slurry remaining in the cup isn't meant to be consumed! 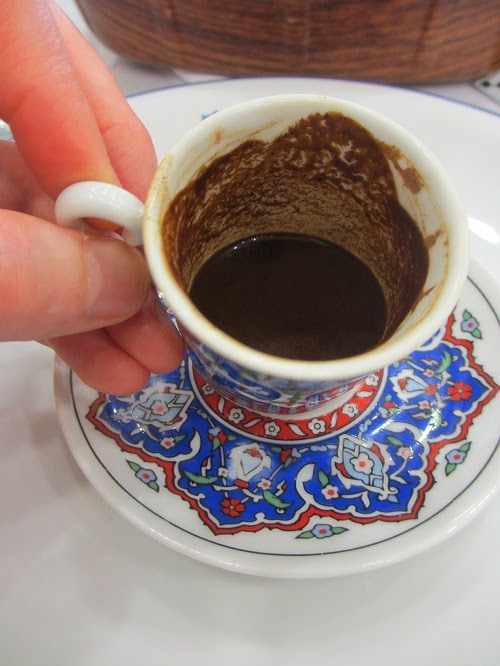 Smoke
We've spent months surrounded by smokers in Italy and elsewhere, offering many "teachable moments" to help the girls understand the dangers of smoking. We didn't expect our Istanbul guide to have us try a traditional, coal-fired hookah, nor did he help us explain to the girls how this is different from smoking cigarettes!

Spice
The spice bazaar is stimulation for all the senses, including offering some spicy Turkish humor.

Spring
Tulips and tulip icons can be found throughout Istanbul, having been first cultivated by the Turks as early as 1,000 AD. (Holland came later, supposedly via tulip bulbs smuggled out of Turkey in turbans -- the word "tulip" derives from the Turkish word for turban.) We were fortunate to enjoy the height of the tulip season.

Street Food
Carts, stalls and stands sell every imaginable type of food and drink. Fresh-squeezed pomegranate and orange juice was a mainstay, powering us through many afternoons when walking around the city. 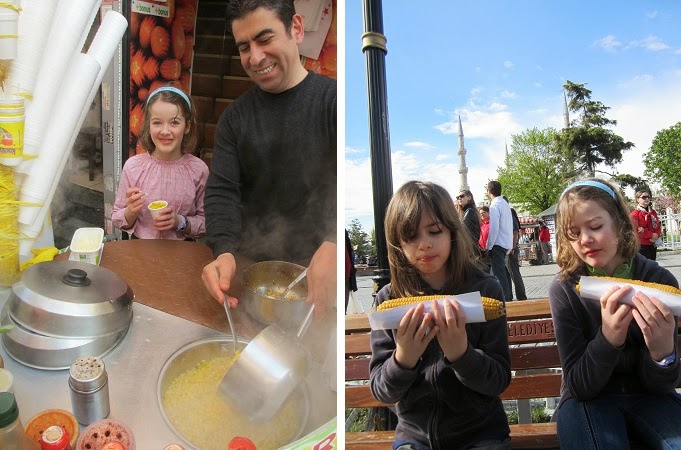 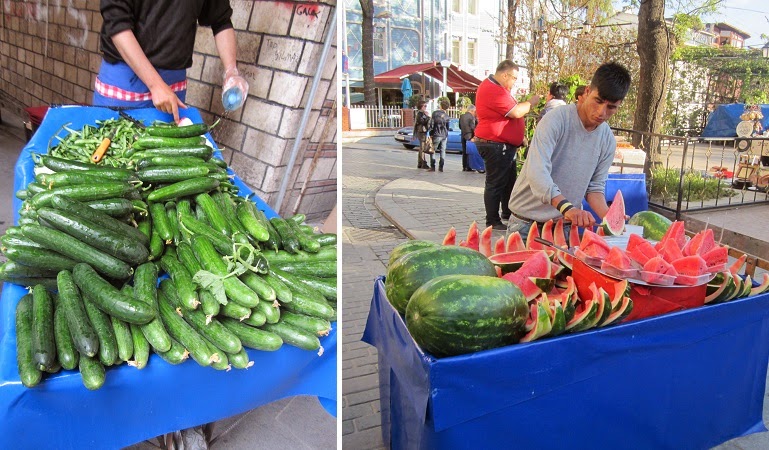 Street Scenes
Some of our most enjoyable times were spent sitting at cafes or strolling the side streets, taking in the "ordinary" scenes of life in Istanbul. 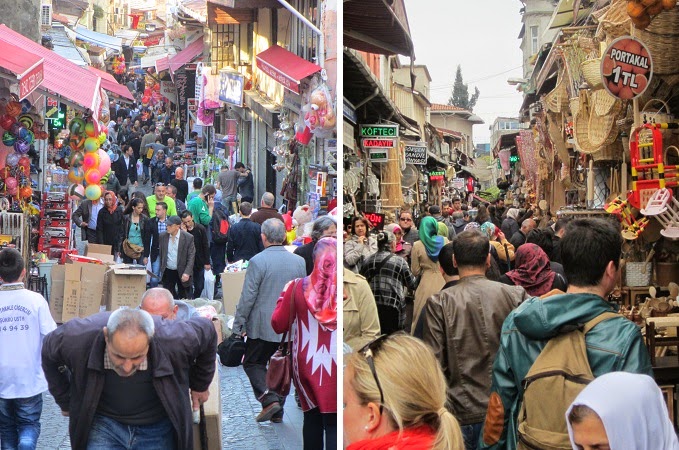 Sweets
And we can't leave out Turkish Delight (flavored, sweet cubes, typically filled with nuts, and dusted with sugar or coconut), although we also enjoyed at least a dozen other types of sweets! 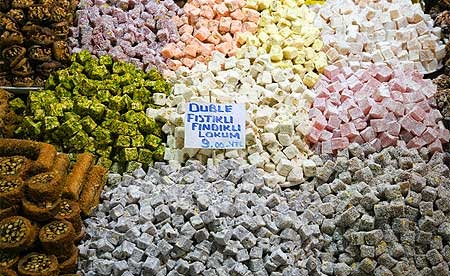 Sagol ("Thanks" in Turkish)
We left Istanbul thankful for the richness of the experience, and also serene, satisfied and sated! 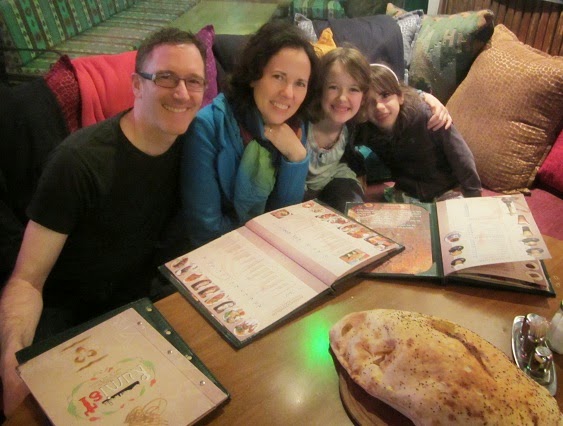